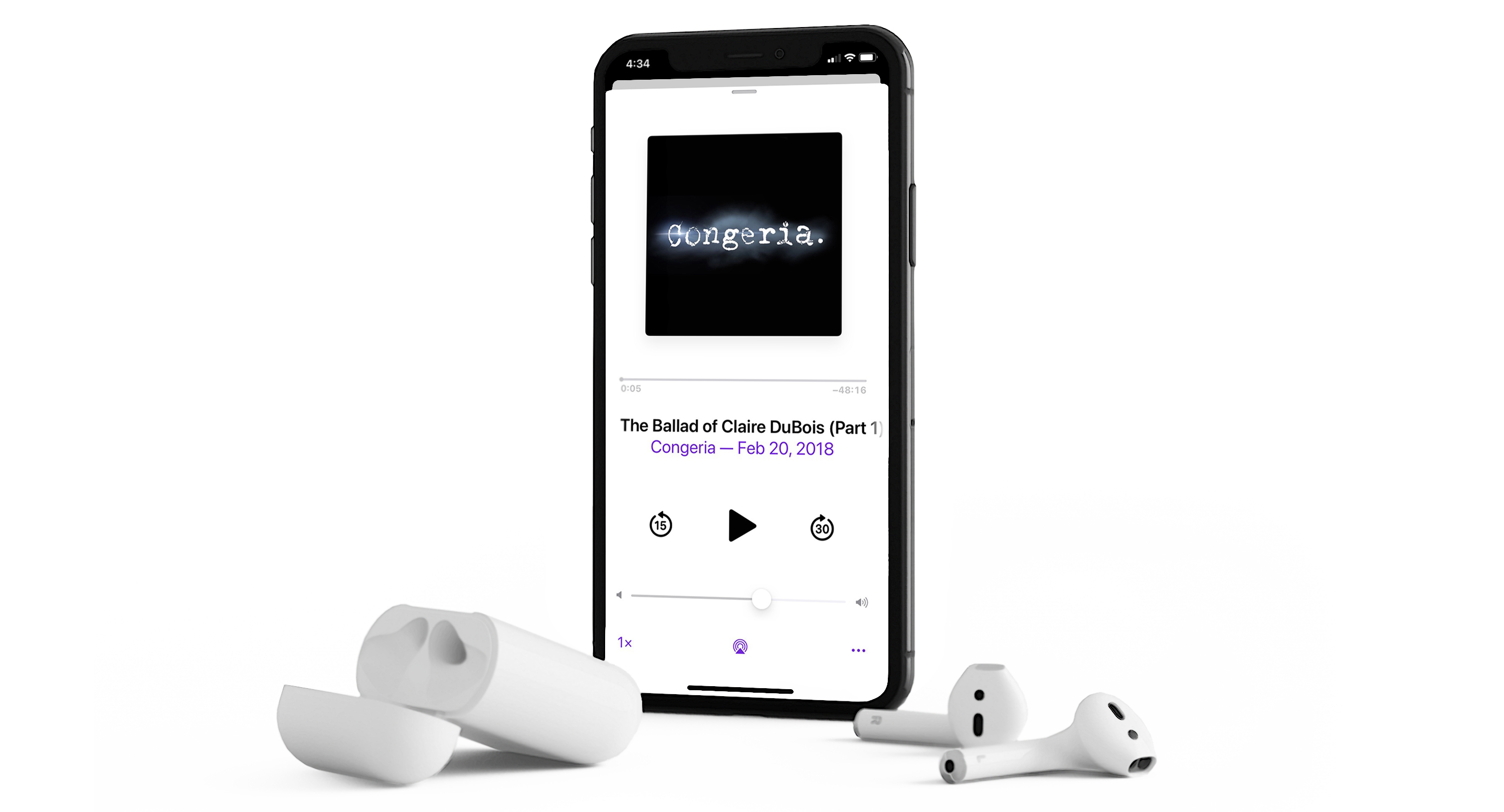 It takes time, effort, and a host of talented creators to bring a fiction podcast to life.

In early 2017, Henry Galley, writer and co-founder of the Less is Morgue podcast, and voice actor Atticus Jackson began formulating an idea for a genre-bending audio drama that would combine noir, thriller, and fabulist elements. They wanted to tell the story of Jenny Walker – a hardboiled private investigator in modern-day New York City tasked with hunting for a mysterious missing girl named Claire DuBois. Along the way, Walker would be pitted against a trifecta of antagonists, each driven by their unique interests in Claire and all hellbent on getting to her first. Having had previous experiences publishing short horror fiction in podcast format, Galley quickly produced a pilot script for the show and began shopping it around.

The pilot grabbed the eye of David Cummings, showrunner of the award-winning NoSleep Podcast, and he expressed interest in becoming its Executive Producer. With Cummings on board, Galley and Jackson decided to grow the Congeria team, reaching out to a myriad of producers, voice actors, musicians, and artists with an invitation to help craft Congeria’s first and only season. Among those invited to participate by Galley were two additional writers with histories related to online publishing: the NoSleep Podcast’s Story Editor, Gabrielle Loux, and me. 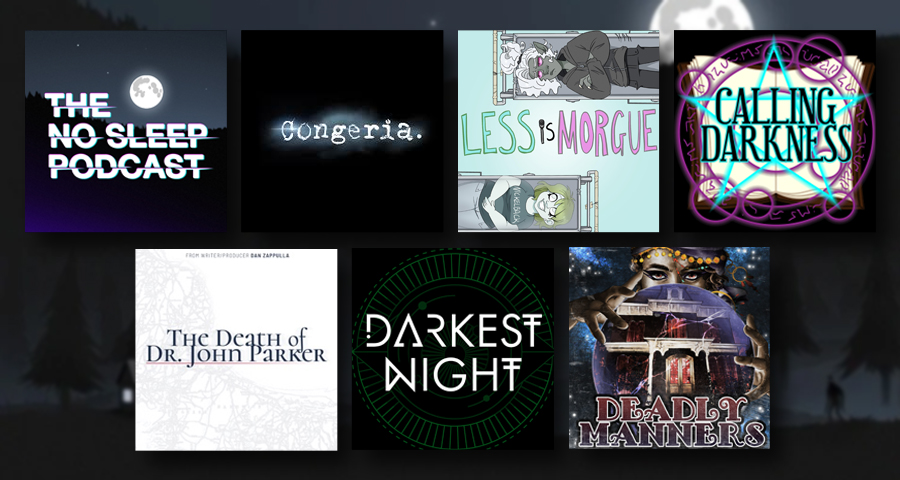 The talented individuals that helped create Congeria have worked on an array of quality fiction podcasts.

With Loux located in the South, me in the Heartland, and Galley operating out of the UK, we had to conduct the writing process for Congeria entirely online. Semi-frequent, hours-long Skype calls served as our digital writers’ room, providing us with ample time to hash out the overall story arc of the season and to discuss what episodes we would each be primarily responsible for. Ultimately, we decided that each of us should own the writing process for three episodes of the season, and that the tenth and final episode should be a shared effort amongst us all. With the plan laid out and a host of podcasting veterans at our backs ready to bring our narrative to life, we set to work writing the scripts using the pre-production editor Celtx.

The first episode of the series that I took the lead on was Episode 4: “Cloak Meets Dagger”. In it, Glenn Rhodes – a sadistic hitman recently foiled by Jenny Walker and fired by his benefactor because of it – meets Harry Resnick – an austere figure operating a death cult under the guise of an end-of-life charity. Resnick hopes to buy Rhodes’s expertise and return him to the hunt for Claire DuBois, though with a more nefarious purpose in mind than simply capturing the girl.

While the two characters share a common goal, they are vastly different: Rhodes is brash, aggressive, and impulsive while Resnick is methodical, subtle, and measured. What drives them couldn’t be any more different either: Rhodes seeks revenge on Walker for outwitting him while Resnick seeks to destroy Claire because he sees her as an aberration to the natural order. Laying the groundwork for their partnership while also playing these foils off each other helped to cement the characters’ individualities while also building the overall tension of Congeria’s central narrative.

Episode 8: “Hunter, Hunting, Hunted” and Episode 9: “Paper Tigers” were the second and third episodes I led the writing process on. In Episode 8, Glenn Rhodes and the series’ third antagonist, Dr. Kate Goodwin, set a trap to lure Jenny Walker’s friends and Claire to Resnick’s hideout where Jenny is being held captive. In Episode 9, Rhodes springs his trap, capturing Jenny’s friends while double-crossing Goodwin in the process. After handing them all over to Resnick, Rhodes leaves to secure a defenseless Claire while Kate is separated from the group and Jenny’s friends find themselves reunited with Jenny – albeit under Resnick’s orders that all three be executed immediately. 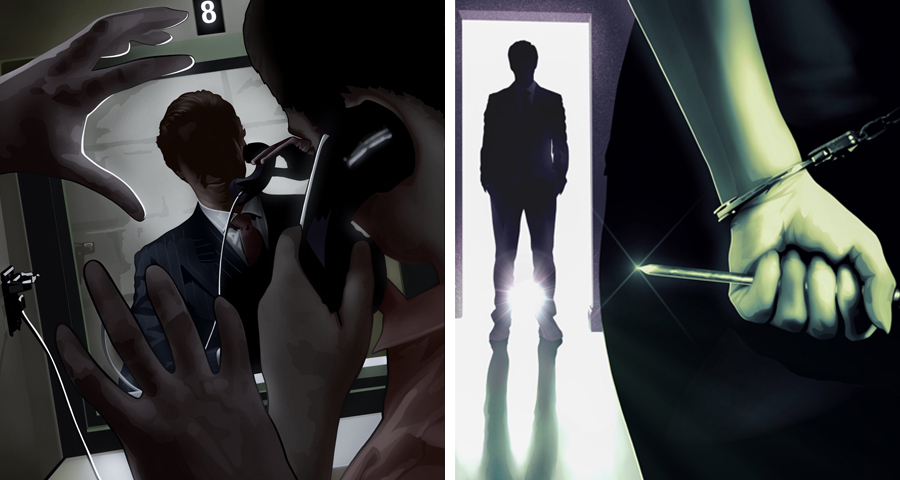 Located just before the finale, episodes 8 and 9 bring the season’s three antagonists and its cadre of would-be heroes together for the climax of the narrative. Despite all that they’ve been through and all that their efforts have cost them, the protagonists of Congeria come not only to a point where their lives seem forfeit, but where their sole reason for sacrifice is ostensibly doomed – left unguarded by their haste to save their friend.

Conversely, both Rhodes and Resnick reach the peaks of their villainy at this point in the story. Rhodes finally outsmarts Jenny Walker and Resnick removes all barriers between him and his mission to destroy Claire DuBois. The plucky optimism that is present for most of the season is turned on its head at this point, and all that seemingly remains is for a grim endgame to play out.

After months of scriptwriting, Galley, Loux, and I exchanged our completed episodes and began the editing process. In calls, we knit our patchwork of narrative segments together, adjusting dialogue, adding scenes, and cutting content where appropriate. Once we had all finished editing the nine existing episodes, we moved into writing the finale in tandem, bringing Congeria’s story to a close.

On February 20, 2018, Congeria made its online debut. Nearly half a million unique listeners have tuned in since and over 700 them have left reviews on Apple Podcasts with the average rating being a 4.7 out of 5.

The show was also released on Shudder – AMC Network’s horror, thriller, and supernatural fiction video on demand service – where 6 exclusive minisodes with additional backstory were added to the series. There, the show maintains a 5 out of 5 skull rating.

Congeria is a project I’m proud to have been a part of. Writing for the show provided me with a crash course in scriptwriting and episodic storytelling that reshaped the way I thought about creating narratives. Through it, I learned to not only consider what I placed on the page, but to think about how that writing would eventually be translated into character dialogue and sound cues, thereby bringing the story to life for listeners. The show also provided me with a unique opportunity to rub shoulders with a host of phenomenal voice actors, artists, producers, and musicians along the way – all of whom are extremely talented creators.

While Congeria may have been my first foray into writing for a fiction podcast, I hope it is not the last. I truly believe the world needs more fiction podcasts like it, and I can’t wait until I get an opportunity to write for one again.

Back to Portfolio Projects