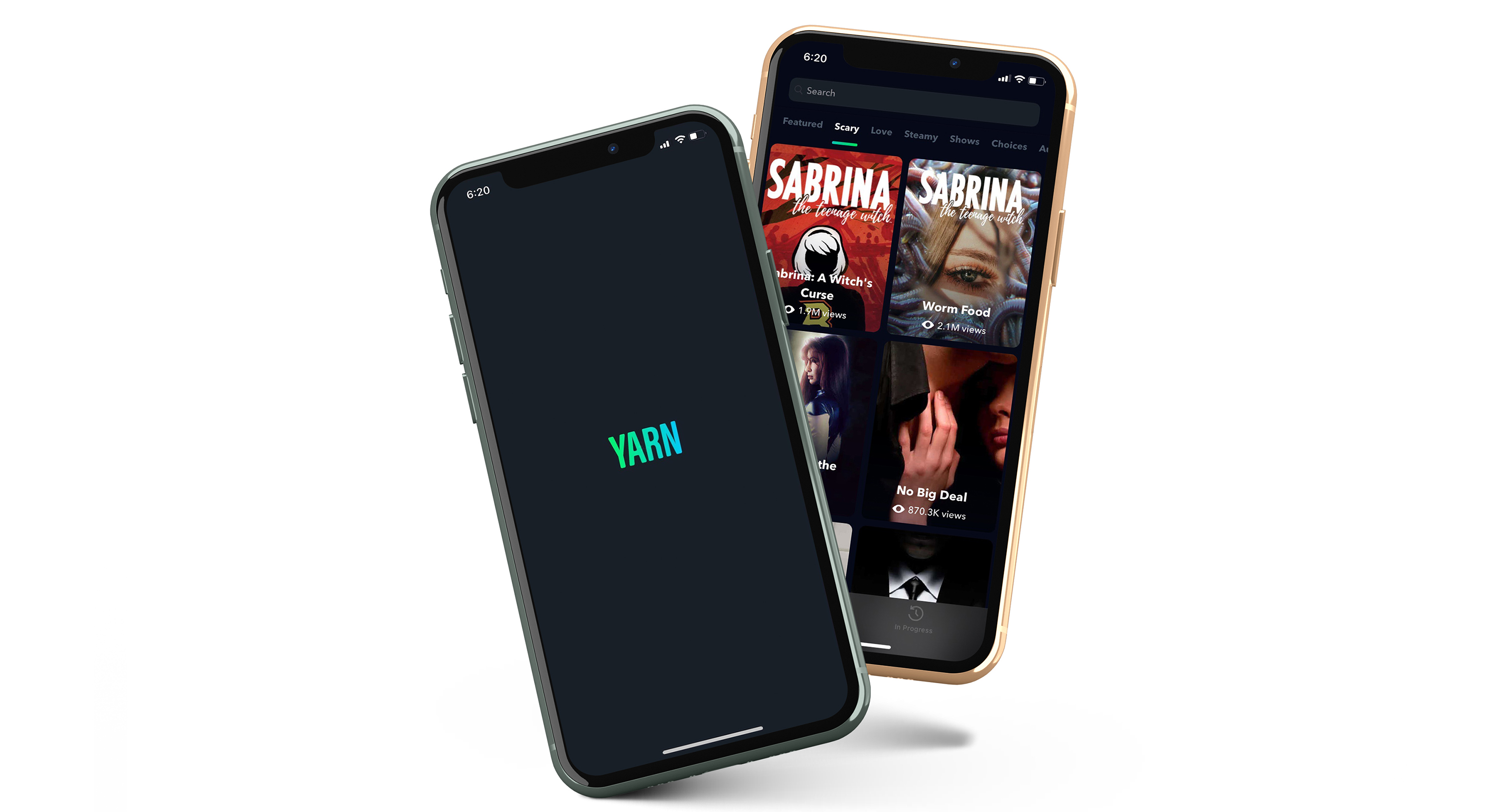 Would you read a story told using only text messages?

If your answer is Yes, then you would likely enjoy Chat Fiction. A purely digital genre, Chat Fiction allows readers to unravel narratives one speech-bubble at a time by tapping along on their phones, and stories are often characterized by the same time-saving, rapid-fire elements that text messaging and instant messaging share – acronyms, gifs, emojis, soundbites, video clips, etc. What Chat Fiction builds upon those familiar frameworks with, though, is the unique chance for readers play the voyeur in fictional worlds. This combination of recognizable interface and fantastical opportunity has led to the genre’s undeniable success, reflected in the abundance of Chat Fiction apps and the millions of views they garner each and every month.

At the end of summer in 2018, I was splitting my time between tutoring athletes in English, pouring espressos at a local coffee shop, and moonlighting on Upwork as a freelance writer. Most of my freelance work consisted of article or blog post writing gigs for small companies trying to make a splash on the internet, but I frequently and hopefully trawled job postings for anything approaching creative writing. More often than not, those searches were filled with people seeking cheap ghostwriters for erotica e-books or editors for their sci-fi movie scripts, but, in late September, I happened upon a job posting titled “Sabrina the Teenage Witch, Writing Project.”

The posting stated that the YARN app had purchased the rights to Sabrina the Teenage Witch content from Archie Horror and that they needed a writer capable of producing a 15-episode Chat Fiction project for them. The writer had to be knowledgeable about Sabrina the Teenage Witch and able to create content based off the self-same comics that Netflix had drawn inspiration from for their Chilling Adventures of Sabrina series, which would be airing around Halloween that year. Excited by the opportunity, I sent them my information and immediately began brushing up on Sabrina the Teenage Witch lore. 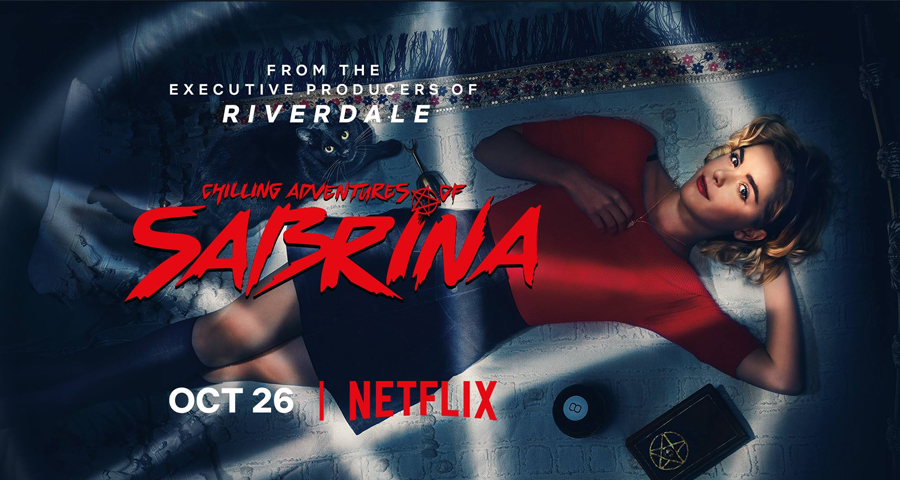 A few days later, a representative of Mammoth Media enthusiastically reached out requesting a treatment. A kernel of an idea had already been germinating in my head – inspired by Sabrina’s being offered up as Cthulhu’s bride in the Afterlife with Archie comic series – so I sent it to the representative for their appraisal. With their help, the idea was refined into an elevator pitch, which was then shared with Archie Horror, accepted, and commissioned by YARN.

Each episode of the project was built out using an Excel spreadsheet where conversations were written out in play-like format, then tweaked, cut, emojified, and reordered as needed. When an episode draft was completed, I’d send it to the YARN representative, who would return them with any language and pacing revisions as requested by their partners. Once the requested changes were made, I’d move on to the next episode and repeat the process. Altogether, the writing of that first season took three-and-a-half weeks to complete.

The final product was titled Sabrina: A Witch’s Curse and married the Chilling Adventures of Sabrina comic series with H.P. Lovecraft’s “The Shadow Over Innsmouth.” In short, the Marsh family – who are all that remain of Innsmouth’s Esoteric Order of Dagon – moved North and set up shop in Greendale where they began to hunt witches and use them as sacrifices to lure in the Deep Ones and, hopefully, Dagon himself. Sabrina, having just started high school, finds herself at the center of the conflict when the local coven calls upon her for help and the Marshes abduct her love interest, Harvey Kinkle, too. It was an ambitious undertaking for someone who had never written Chat Fiction before, but the semicanonical foundation and my familiarity with both Lovecraft’s works and Sabrina made the challenge a welcome one.

Finally, on October 25, I sent in all 15 finalized episodes. The story went live in-app soon after.

With the timely release of Sabrina: A Witch’s Curse and the interest it inspired in YARN readers, I was asked to produce another season of Sabrina content for YARN as soon as possible. The representative I had been partnering with suggested carrying on the storyline of the first season, but it quickly became apparent that that story arc had more-or-less reached its end. So, after getting the green light to create something from scratch, I went back to the drawing board and started drafting up new ideas.

I shopped an idea where Sabrina faced off against a necromancer and their Frankenstein-like creation in the Spellman Mortuary, and then pitched another where the young witch accidentally conjured the Sandman, who then brought life to the nightmares of Greendale’s myriad residents – but neither seemed to quite make the cut. My third and final suggestion though – one in which the residents of Greendale were slowly replaced by wormlike body snatchers and Sabrina was never quite sure if she was texting friend or foe – sparked interest because of its play with the Chat Fiction medium. It was quickly given the thumbs up and I spent the entirety of November producing it, using much the same process as the season before.

At the beginning of December, Worm Food went live in the YARN app, joining Sabrina: A Witch’s Curse and carrying on the saga of the precocious teen witch before the events of Chilling Adventures.

Since publication, Sabrina: A Witch’s Curse has gone on to receive 1.9 million views and Worm Food has been viewed 2.2 million times in-app. Both seasons presented unique writing experiences, and while it was sometimes difficult to present a complex narrative completely through dialogue or to rationalize why someone might continue to text in the heat of a potentially cataclysmic event, working through those difficulties taught me a lot about the Chat Fiction genre and the interactive fiction writing process in general.

More than any number of views or writing lessons, though, having a chance to produce semicanonical, licensed fiction for such a beloved and long-standing IP as Sabrina the Teenage Witch was a reward in-and-of itself, and it’s not an experience I’m likely to forget anytime soon.

To read Sabrina: A Witch’s Curse or Worm Food, download the YARN app on Google Play or the Apple App Store.

Back to Portfolio Projects